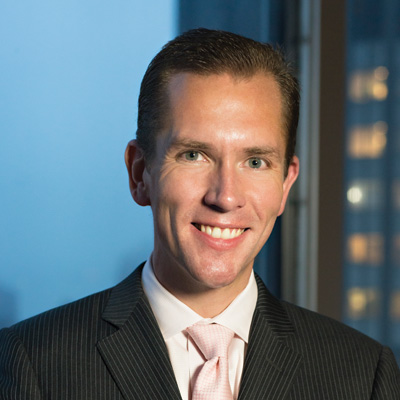 Andrew Regan is one of the founders of Empire Search Partners, and has been a legal search consultant for the past 23 years. Respected as an authority in his field, Andrew has worked on three continents and has developed a reputation for placing General Counsels and other senior attorneys into the legal departments of many of the most elite corporations and financial institutions in the world. Andrew also takes a lead role in the firm’s Partner practice, with a particular focus on representing high-profile government lawyers in their transition to the private sector. He also represents individual partners and groups moving laterally to leading law firms, both nationally and around the world.

Andrew commenced his legal search career with the PSD Group, an international recruitment company headquartered in London, where he specialized in the recruitment of in-house attorneys for multinational corporations throughout Europe. In 2000, he joined the Hong Kong office of one of the world’s largest professional recruitment companies, Robert Walters, where he was commissioned with the task of establishing and developing a legal division. He spent two years there recruiting attorneys for U.S. and U.K. law firms, Fortune 200 companies, and investment banks in Hong Kong, the People’s Republic of China, Japan, and south-east Asia. In 2002, Andrew relocated to New York and joined one of the preeminent legal search firms in the United States. Since moving to the United States, his practice has focused predominantly on partner and senior in-house counsel searches, while maintaining an international perspective that reflects his diverse professional experience.

In addition to his recruiting activities, Andrew has regularly commentated on trends affecting the in-house legal search industry, and has been quoted in the American Lawyer, National Law Journal, Asian Wall Street Journal, Financial Times, The Times, and the South China Morning Post, in addition to other media. He was also listed in Law Dragon’s guide to the 100 Legal Consultants You Need To Know.

Andrew graduated from the University of London with a Bachelor of Arts degree in English Literature.