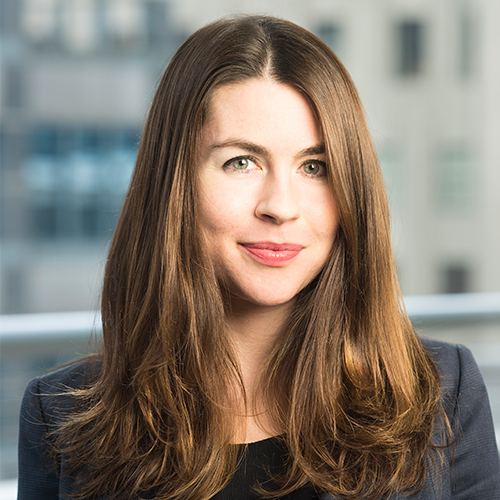 Ariel Cherkasky is a Managing Director at Empire Search Partners in New York.  Ariel provides guidance to attorneys at all levels of seniority across a wide range of practice areas.  She enjoys helping attorneys think outside the box with respect to attaining their professional goals in both the in-house and law firm markets.  Her personal experience as an attorney in both the government and private sector provides her with a unique platform to counsel attorneys on how to proactively approach, and in some cases reinvent, their legal careers.

Ariel began her legal career as an Assistant District Attorney at the Manhattan District Attorney’s Office, where she supervised the investigation and all phases of litigation for hundreds of criminal cases.  In addition to being assigned to the Sex Crimes Unit, Ariel prosecuted many other crimes, including burglaries, robberies, assaults and cases involving the possession of firearms.  She presented cases to the grand jury and served as the first chair on felony trials in New York State Supreme Court.

After working at the District Attorney’s Office for four years, Ariel was hired as an associate at a top boutique entertainment law firm in New York.  In that capacity she handled various aspects of transactional matters while representing actors, writers and directors in the entertainment industry.  She negotiated agreements for film, television and theatre, as well as brand endorsements and releases for photo and video shoots.

Ariel received her J.D., with honors, from The Columbus School of Law at The Catholic University of America.  While in law school, Ariel competed in national trial competitions and served on the editorial staff of her law journal.  She earned her undergraduate degree in Anthropology, with honors, from Boston University.