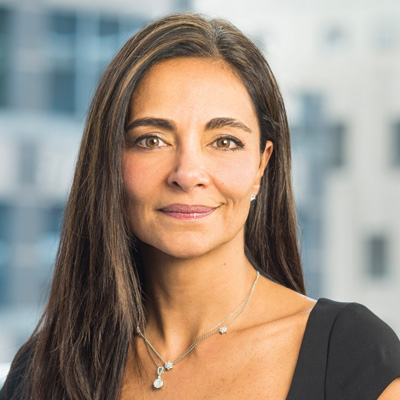 Neda Khatamee-Levy is a Partner at Empire Search Partners. Since becoming a legal recruiter in 1998, Neda has specialized in counseling and providing guidance to attorneys in their careers and professional development. She has been highly successful in the placement of partners and associates with top-tier law firms as well as with prominent corporations throughout the United States. She has an extensive knowledge of the legal market and a deep understanding of multiple practice areas, with a special focus on Intellectual Property and Tax.

Neda was co-author of “What Law Firms Want in New Recruits” which appeared in the New York Law Journal in April 2009. She also has been a guest speaker at a number of law schools, including Yale, Harvard and Stanford.

Prior to joining Empire Search Partners, Neda was a Managing Director at Major, Lindsey & Africa. Before Neda’s legal recruiting career she practiced corporate law in New York, New Jersey and California. She also was a Judicial Clerk for a Superior Court Judge in New Jersey.